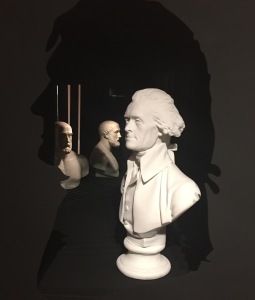 Two weekends ago, I had the wonderful opportunity to see the exhibition Jefferson e Palladio: Come costruirie un nuovo mondo (Jefferson and Palladio: Constructing a New World) at the Palladio Museum in Vicenza. The exhibit was the first one of its kind, exploring the relationship of Palladio and Jefferson–and the first exhibit about Jefferson outside of the USA. Having been a student of the University of Virginia (UVa), I have had a long-time fascination with the figure that we reverently refer to as ‘Mr. Jefferson.’

Having explored the ‘Academical Village’ of UVa for well over five years, I have been intimately familiar with the Rotunda and its adjoining Lawn, with its series of ten Pavillions, all modeled on different precursors. The history and the creation of the Academical Village have been vividly recounted by architectural historians at the University, especially through the 2010 exhibit at the University’s Art Museum, Thomas 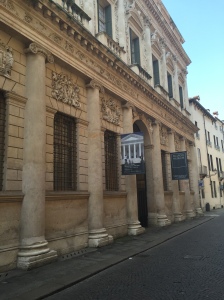 Jefferson’s Academical Village: Creation of an Architectural Masterpiece, curated by Prof. Richard Guy Wilson. The proud tradition of this architecture has, of course, caused conflict in later, subsequent additions to the University–some of which either breaks with the Jeffersonian tradition completely, or it attempts to quote the architecture in a more modern style.

The exhibit in Vicenza and its accompany catalogue (the table of contents of which are listed below) help to illuminate the unique impact that Palladio had on Jefferson. While Jefferson was an ‘amateur’ architect, he faithfully read and reproduced the works of Palladio, though it is clear that he had greater success as a philologist, reading the works of Palladio, then executing fine architectural drawings of his buildings. But Jefferson also was an active participant in his architectural projects, including supervision of construction, using books for models, and traveling on the European continent. Jefferson, while Minister to France (1785-1789), was able to travel throughout France, England, the Low Countries, and as far as Milan–though never to Rome or the Veneto, where he could have actually seen Palladian buildings. 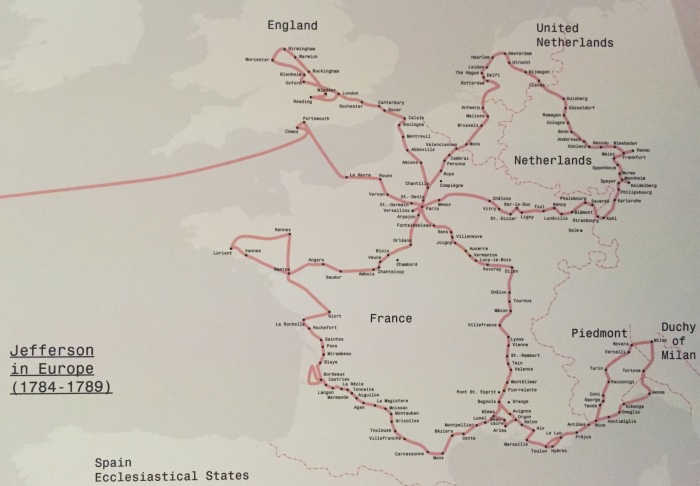 Mr. Jefferson, while using Palladio ‘as his Bible,’ certainly does not translate Palladio verbatim into new architectural projects. Indeed, it is clear from a number of his projects, such as his design for the President’s House in Washington, D.C., that Jefferson “inflected and often distorted the orthodox text of Palladio himself” (Boucher, “Palladianism in America Before Jefferson,” 83). In the exhibit, the organizers explored thecomplex relationship between Palladio and Jefferson by various modes of inquiry, culminating in an interesting imagined dialogue between the two figures: 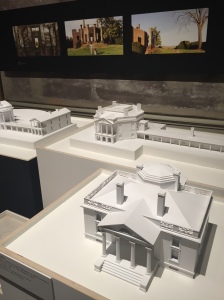 Using Palladio and other models, especially actual ancient examples (e.g., using Stuart and Revett’s Antiquities of Athens or reflections on Jefferson’s trip to see the Maison Carée in Nîmes, France), Jefferson was able to craft a new architecture for America–one that helped translate the new form of democracy into a tangible, understandable architecture. In addition, the pedagogical nature of this new form of architecture, especially at the University of Virginia, has been able to inspire countless generations of Americans.

Seeing Palladio’s architecture first hand in Vicenza, such as the Villa Rotonda–a bastion of symmetry, helped me put into perspective the impact that Palladio did in fact have on Jefferson. Mr. Jefferson certainly was able to craft a new style of architecture that if it does not immediately invoke a new American style certainly has a Virginian style (with 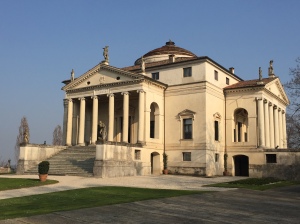 its brickwork and white columns and architectural details) that will be familiar to any Virginian–and the proliferation of such building types in the last two hundred years.

Catherine Maumi
The National Survey grid and the American democracy

Mario Guderzo
Canova and the Monument to George Washington