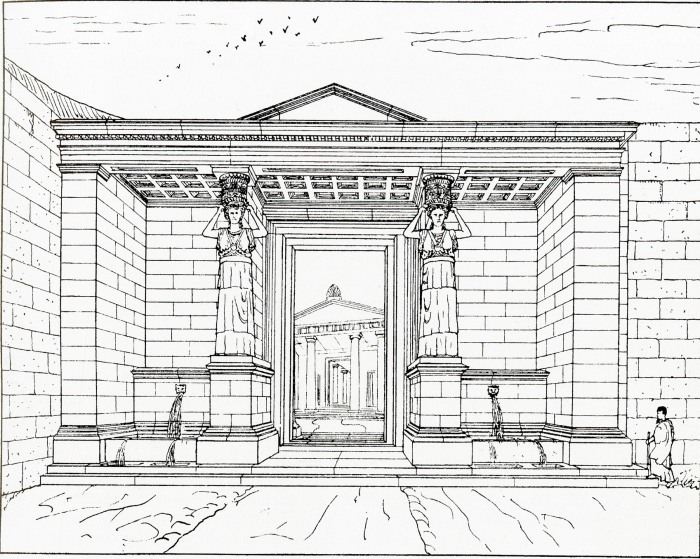 On 10 November 2015, I gave a talk for the Roman Seminar at the Benaki Museum in Athens, “Strepitu visuque iucunda: A Sensorial Approach to Water-Displays in Roman Greece.” The abstract is as follows:

Until recently, scholarship on water-display during the High Roman Empire has focused on typologies, along with its political and social dimensions. Water as a basic element has an inherent nature as a sensorial tour de force, from the taste of water to the sound and cool air produced by moving water. And the Romans certainly recognized this, as Pliny the Younger gushes, describing the water of one of the fountains in his Tuscan villa (Ep. 5.6.23, strepitu visuque iucunda, ‘a pleasure to hear and to see’). The new approach of the ‘archaeology of the senses’ helps us to understand better the reasons for water-display. Thus, in exploring the sensorial nature of archaeological remains, we can further understand how an ancient Roman experienced a monument, creating memories, despite the ephemeral nature of the senses. By applying elements of the archaeology of the senses, then, to Roman water-displays, we can imagine their past “sensorial qualities […] to conjure up the interweaving of materials, bodies, things, and substances in motion, to reignite their affective power.”[1]

Three second-century examples of fountains in a religious sanctuary (the fountain on the Inner Propylon at Eleusis), a private estate (Herodes Atticus’ villa at Loukou), and a public space (the nymphaea at the West Gate at Nikopolis) show diverse uses of water-display. The sensual nature of water usage in these examples and their surrounding landscape will be illustrated. By using the approach of archaeology of the senses, water-displays in Greece are placed in the empire-wide phenomenon of constructing fountains for their sensorial benefits, along with understanding the self-promotion of their patrons, tapping into a common Roman sense of identity connected to water-displays.

Pictured above is a reconstruction of the fountains on the south facade of the Inner Propylon of Eleusis (Sauron 2001, fig. 2).