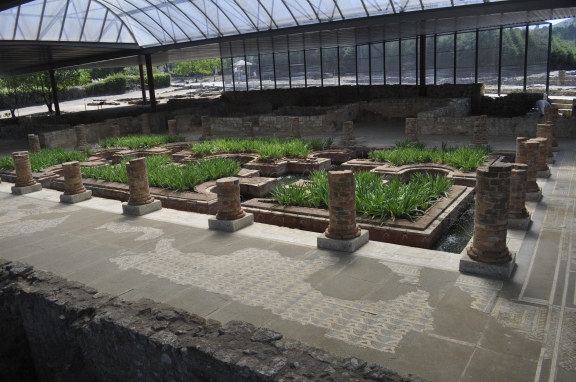 In August and September 2013, I spent three weeks visiting various sites throughout Spain and Portugal relevant to my dissertation on Roman water-displays. Among the sites visited were Conímbriga (with its famous domestic peristyle fountains, pictured above in the House of the Fountains/Casa dos Repuxos), Cerro da Vila, Lisbon, Vila Cardilio, Milreu (with a large fourth century water sanctuary), Italica, and Mérida.

In addition to examining the fountains there, special attention was paid to the arid, dry landscape that these important sites interacted with. I hope to use this research to compare other examples throughout the Roman Empire that have either different landscapes (e.g., Italy) or similar landscapes with a marked increase of water-display (e.g., Asia Minor).

I also explored the use of water throughout time on the Iberian Peninsula, by visiting other later sites, such as the Alhambra in Granada, to view water-displays after the Romans.